I am so pleased to announce that Love Denied has a release date! Order now, at this terrific price, and it will hit your inbox on 01/28/2022. 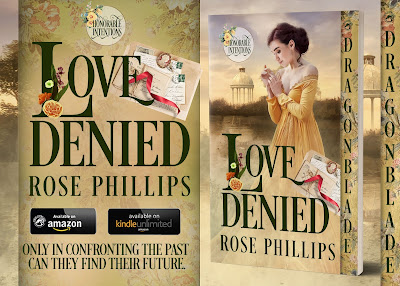 “This blessed plot, this earth, this realm, this England.” – Richard III, Shakespeare

I've been getting a lot of questions lately about my writing process. Do I know my story when I begin to write? (Somewhat)  Are the characters based on real people? (Sometimes) How do you know all that "stuff?" (Research)

Those are the easy answers. Of course, writing, like life, is far more complex and so much more interesting and fun than those one-word answers. So, I thought I'd share a few insights to my approach to historical romance over the next little while.

LOVE DENIED is set in rural England during the Regency era—1812 to be more precise. I love looking at old houses near and far, so it was no hardship to root around in books and the internet looking for inspiration for my setting. When I came across Willey Park in an old book, I knew instantly that I had found the perfect place to land my story.

It has the majestic structural opulence of the new architecture of the times married with the sweeping grandeur of old-world bucolic land holdings. The story is founded on old-world values clashing with new-world ideals, so this combination was exactly what I needed.

Now, I write fiction, so of course I could not use Willey Park, but its inspiration breathed life into my own world. My characters roam Woodfield Park, an imposing manse and property that was built long before Willey Park, which only began construction in 1813. However, Woodfield Park does include an addition that happens to be designed and built by the same master architect who built Willey Park, the talented Lewis Wyatt. In my far-too-fertile imagination, I like to think that Wyatt practiced the Neo-classical style on Woodfield Park before moving on to Shropshire to build Willey Park. 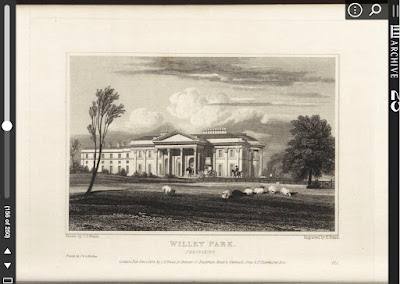 Check out Modern-Day Willey Park
https://www.historichouses.org/house/willey-park/tours/
at November 29, 2021 No comments:

Now is my time. Everything I have done to this point is just a warm up. This is where it all begins. ~Rick James

I started this writing journey many moons ago, mostly for myself. I've always had a brain that was more restless than my body, and creating has been the only way to effectively slow down that gerbil on a wheel that lives in my head.

Theatre was a major outlet for years, and along with performing, rewriting lyrics for our annual three-act cabarets was one of my favourite things to do. In the later years, we had reduced the content of our shows, and I turned to writing novels as an additional outlet. That was 2008. So, when our troupe wound up in 2010, after twenty-two wonderful years, it was a natural transition to focus more on my writing.

It was during these years that I began to write Regency era romance. It was during this time that Love Denied was fertilized, warmed and hatched. The final draft is date stamped 2013. The publishing industry was new to me and I fumbled a few times with submissions, but then gave up and filed it under Nice Try. I Hope You Learned Something From It.

After I left my career and life in Ontario behind to move to the west coast of Canada, I threw myself into writing. No surprise, after a career in education, teen voices began to whisper to me. So, I captured their stories. And, I have been incredibly fortunate to have three of those novels published. I have another one that needs to be spit-shined, and I hope it sees the world some day too.

Still, Love Denied pecked at me insistently. History has always been my thing. And romance? Well, what is life without love? So, I pulled Love Denied out, dusted it off, spruced it up a bit, and sent it out into the world. And, I guess, this was my time.

I couldn't be happier that my journey has led me to this moment, this publisher, and these strange times where we could all do with a little happy ever after.

Love Denied enters the world in 2022. 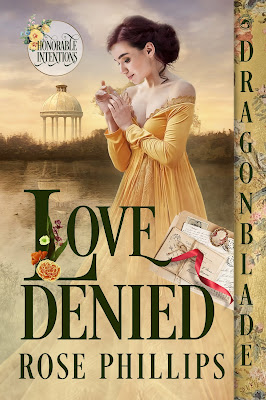 “The greatest part of a writer's time is spent in reading, in order to write: a man will turn over half a library to make one book.” ― Samuel Johnson, The Life of Samuel Johnson LL.D. Vol 2

One of the joys of writing historical romance is the research. I’ve been knee-deep in it lately, and I’m loving every minute. Here’s a peek at my Regency-era collection. 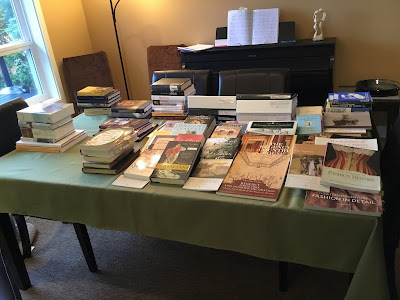 Sometimes the best news comes in a small package. Look at this lovely little announcement! I look forward to sharing the latest stage of my writing journey. 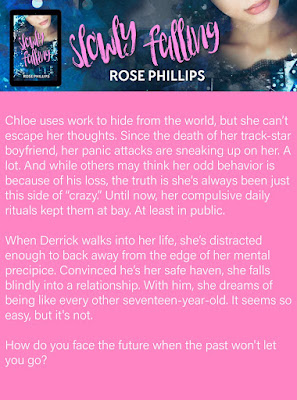 The summer of 2021 has been a rollercoaster ride in every way. Covered by a heat dome, our little valley reached 40+ degrees Celsius, an oppressive and unusually high temperature on the coast of the island. We have moved on to temps in the mid to high teens, more like fall than late summer. The one constant has been dryness. With the exception of a few hours of light rain a week or so ago, we have not had rain since June 15th. Climate change is at our back door, banging loudly, trying to grab our attention before it's too late. Our serious drought conditions have sparked fires, devastating forests and wildlife, ravaging homes and hopes.

And the world at large? Yikes! I'm hesitant to open news feeds for fear of what I'll see. The heartbreak of Haiti, once again suffering from the forces of nature, their plight overshadowed by the endless news cycle that excitedly pounces on the next traumatic or dramatic event. The people of Afghanistan, a seemingly endless war ending, yet they will continue to be torn apart as their country gropes for equilibrium—the fear that it will forever be out of reach and that women, in particular, will suffer for it. The US battle for democracy; unrelenting images of unrest, violence, and racism—politicians spewing hatred on all media platforms.

Closer to home, Indigenous nightmares exposed, people crying out in horror and solidarity, then moving on to the next news item. Our government seemingly insensitive to the plight of our forests, our waters, our people. Calling an election when none is needed rather than using funds more productively.

Then there's Covid. Containment was in sight in our little corner of the world. In reach. But we removed a mask mandate too soon. We tore them off and invited travellers to visit. At the same time. Did no one consider the scientific concept of introducing one variable at a time? There was always going to be a spike, but our spike is higher than it needed to be, and continues to grow. Rather than extinguishing Covid here, so that we can fully support needier countries in achieving the same goal, we have fanned the flames and will continue to focus on us. I'm also seeing the same unrest and racism, the same vitriol, spewing from mouths of citizens and politicians alike, that we see in the States. It is not the Canada I thought I knew. My naiveté is a hard realization.

Those are the dips in the rollercoaster this summer—scraping the bottom, sparks of anger and angst mingling with the weight of sadness. But just as daylight follows night, a rollercoaster car climbs after descent, right? That was the premise I opened with…a ride of ups and downs. I planned on highlighting the climb by listing counterpoints for each negative news story with equally large positive ones. Sadly, I couldn't think of any. At a loss, I Googled, and could find no major good news stories in the past few months.

Don't get me wrong. There have been many wonderful small moments, mostly locally, mostly in my own life. In the valley, good deeds abound and our charity organizations are well led and sustained. Local businesses are coming alive again, and in my community, they reach out and support one another. While the weather has created chaos, it has also allowed patios, outdoor markets, and outdoor activities to once again thrive. We are now able to gather with a few friends, and I am so lucky that my friends believe in science and are as diligent as we are in thinking about the safety of everyone in our community. I haven't been anemic for the last few years, so I was able to give blood for the first time in my life and look forward to doing so regularly. We expected to say goodbye to one of our pups last summer, but she's graced us with her presence for another year. A beautiful new baby was added to our friend-family circle. I have a new book coming out and several in the cooker. The goodness bounty is plentiful in my small sphere.

But what of its absence on a larger scale? Is it because media, social and mainstream, is powered by negativity and there is no money in "good" news? Or am I looking at it wrong? A series of small celebratory moments—active empathy, helpful deeds, personal successes, recognizing the goodness in people, the wonder of our planet—surely adds up? Analogous to the saying that a single twig breaks, but a bundle of twigs is strong, these small celebratory moments, banded together and wrapped in a hopeful ribbon, become as impactful as a single large positive event, don't they? Is it enough to power that cart back up the track to the top of the rollercoaster?

I sure hope so. 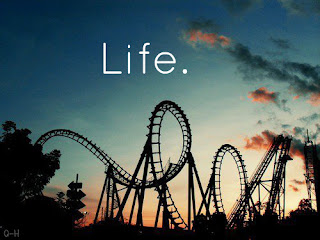 I am so pleased to announce that Love Denied has a release date! Order now, at this terrific price, and it will hit your inbox on 01/28/2022.

Rose
I believe in happy ever afters and that dreams do come true. The first—because I’m living one. The second—because I get to write them.

Check out my YA novels! Canada: 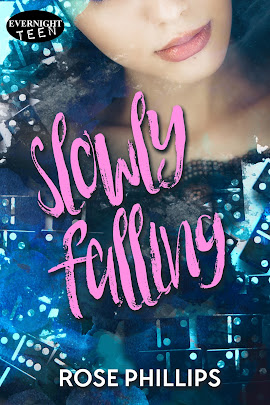 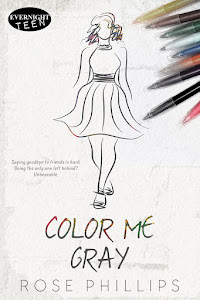 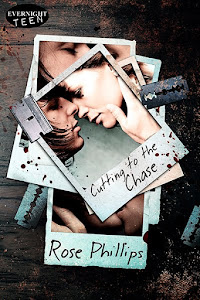 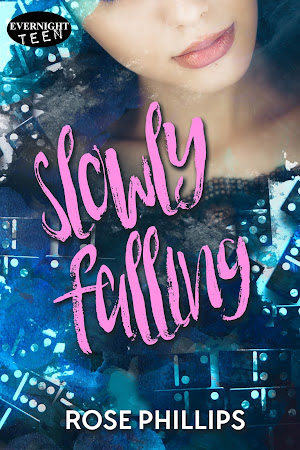 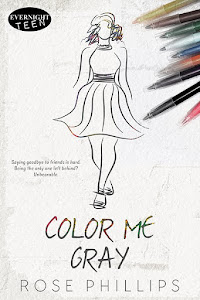 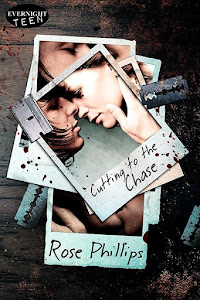 Check Out My YA Site! 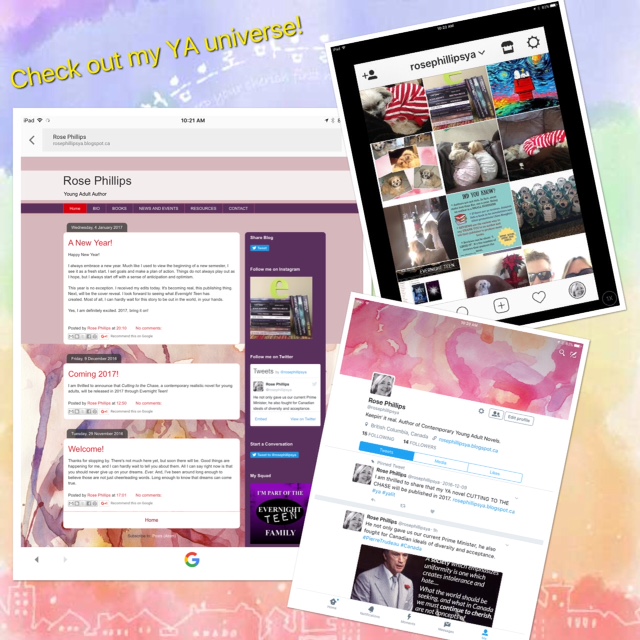 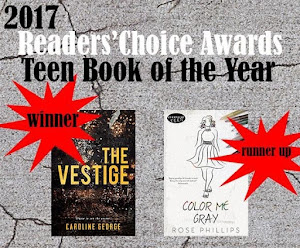